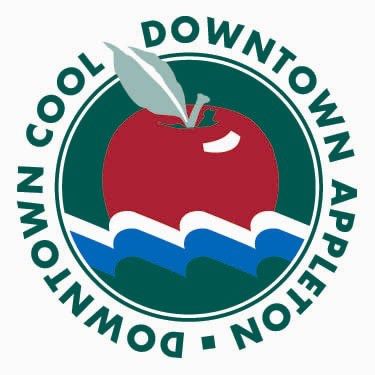 Appleton Downtown, Incorporated (ADI), celebrated 2013 Downtown successes and announced officers and board members for the 2014 year at its annual dinner and business meeting on March 12, at the Radisson Paper Valley Hotel.

In addition to new officer and board member appointments, ADI presented its annual Downtown awards to the following businesses and individuals:

▫The Downtown Business of the Year Award was presented to Fox Banquets & Rivertyme Catering. This award recognizes the business that stands out from the rest and captures the admiration of the Downtown community for its ability to continually represent the spirit of Downtown through its innovation, fortitude and reputation.

▫ The Bernie Pearlman “Downtowner”Award was given to John Peterson. This award honors a person whose dedication and enthusiasm has had a significant positive impact on Downtown and who displays an overwhelming passion for its success. The award honors the late Bernie Pearlman, who was known as a wholehearted Downtowner.

▫Dreamers and Doers Awards were presented to the Mile of Music Festival. This honor is awarded to a business, group or individual that has significantly enhanced, for years to come, the physical and/or economic landscape of the Downtown. This award is about vision and the ability to turn vision into reality.

▫Renovation/Expansion Award was bestowed upon Appleton Beer Factory.  This award recognizes a business that has invested in the physical appearance of the building they call home in our Downtown neighborhood.

▫The Rising Star Award was given to Surfin’ Bird Skate Shop. This award is presented to a business new to Downtown in the last two years that shows longevity and fulfills a need in the Downtown.

▫The Walter Kalata Landmark Award was awarded to Appleton Cobbler Shoppe. This award is given in honor of the late Walter Kalata, for the passion and commitment in which he served the 1st District as Alderperson from 1966-2007.  The award recognizes a business that has become a landmark in our Downtown; a business that has withstood the test of time and operates with passion and with a strong commitment to Downtown; and a place where people can remember the past and converse about the future.

▫ The Volunteer of the Year Award was bestowed upon Val Wylie. The recipient of this award is chosen by ADI staff to honor a special person whose time and commitment to the effort of building a strong downtown organization highlights him or her as an outstanding contributor and community advocate.

▫ The President’s Award was presented to “The Flight to Building Opportunities”. Recipients are chosen by the ADI Board President and are an individual, group or business that, within their working relationship with ADI and the Downtown, went above and beyond that usual relationship. This award truly applauds a partner.

For more information about ADI events and promotions, visit: www.appletondowntown.org, on Facebook at the Appleton Downtown Fan Page or on Twitter @downtowncool.