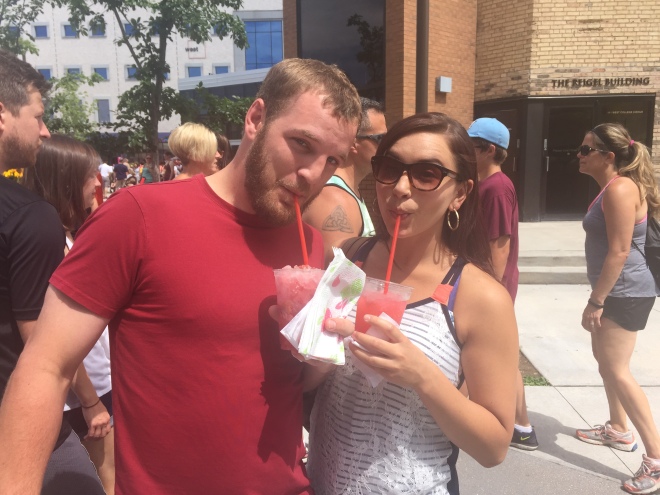 I have to admit that while I have had Lolita’s Breakfast Burito a few times in the past, often times the thought of Mexican food for breakfast was a little too  much for me.  Yet there is always a line at Lolita’s so I was intrigued to give it a try this past Saturday.  When I explained that I wanted to write about her food, Delores, the owner, recommended the steak taco.  While I waited patiently, I took advantage of the time to chat with the other customers in line.  A young couple was thoroughly enjoying a Lolita’s Raspodo. 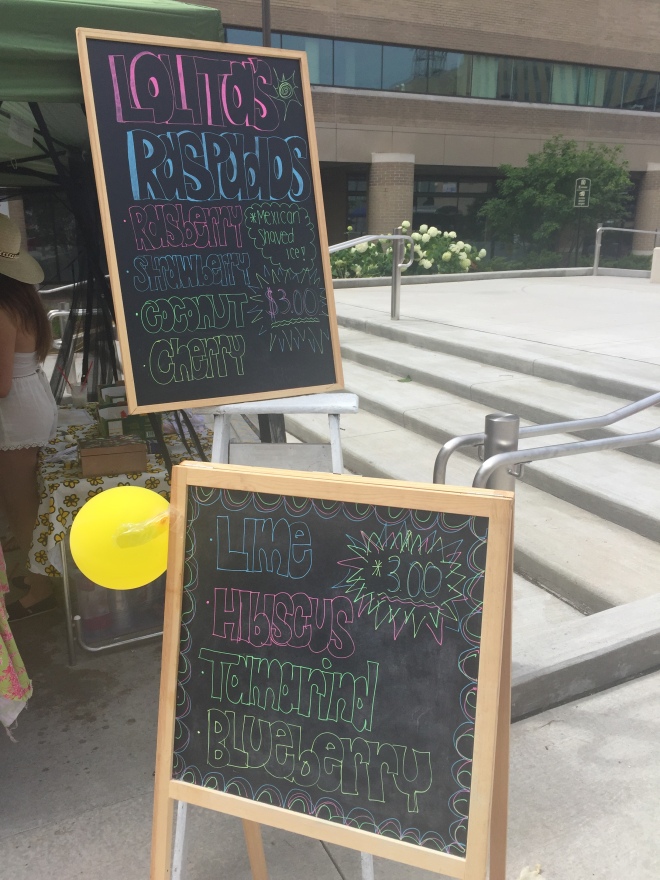 They explained that it was Mexican Shaved Ice and it was delicious!  With a multitude of flavors including lime, strawberry, raspberry, coconut, cherry, hibiscus, tamarind, blueberry plus the option of endless combinations, it was the perfect drink for a hot day!

Another patron, Henry, told me he comes to the market, just to get his Lolita’s fix!  Henry said I also had to try one of the fire roasted jalepeno peppers.   I normally would have passed, but he insisted and I’m glad he did.  After just a few more minutes, the wait was over.

I took a small bite of the pepper  which seemed sweeter and not as hot as I expected and then tried a bite of the taco.  I was delighted by the taste explosion in my mouth:  avocado, cilantro, beef, cheddar cheese…..mmmmm

I know I’ll be back to Lolita’s booths at Houdini Plaza again soon!